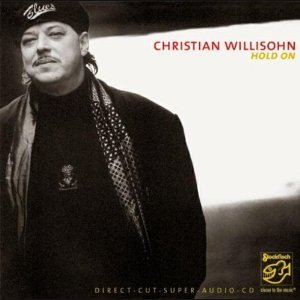 
Stockfisch Records releases the second Direct-Cut-SACD: a SACD Hybrid including DSD-5.1-/DSD-Stereo-/CD-Audio-Layer. Christian Willisohn, pianist and singer from Munich, goes back to the roots of the blues, taking his listeners on a trip from the basics to the myriad facets of the music.

In the midst of Scotland’s West Highlands, hidden between the Atlantic and the green hills, there is a very special kind of concert hall. Art-loving people have transformed a former farmhouse into a meeting place for musicians, dancers, painters and poets. A Scottish secret? Well, not enough of a secret, for ingenious bluesman Christian Willisohn came to know of that place via a friend.

Without much planning Christian set up his dream team of staff and equipment. On the road and over the sea, five Nautilus 801 speakers, a whole range of Classe amplifiers together with a SADiE DSD8 (1-bit) recording device made their way from Stockfisch Records to the Scottish Isles.

Here the unique acoustic environment let impressive recordings find their way onto "tape". It was just the very thing for a 5.1 surround-sound recording on a Direct-Cut-SACD: On this SACD purists will find a stereo and a 5.1 layer in DSD quality.

The surprising thing on this Hybrid-SACD is the CD version. Christian Willisohn has invited six fellow musicians to the studio who add drums, bass, guitar, saxophone and cor anglais to his original recording from Scotland.

In Crear we used our SADiE DSD8 system for the recording, processing and mastering of this Direct-Cut-SACD – a brand-new system from the tradition-steeped British manufacturer of mastering equipment that allows simultaneous recording of 8 channels in Direct Stream Digital. The analogue signal from the microphone is converted at the input to DSD and is also maintained in DSD format throughout the processing stages. The end result is then obtained in the SADiE DSD8 – the "cutting master" (AIT tape) – which is later transferred directly to an SACD glass master in the pressing plant.

This DIRECT-CUT-SUPER-AUDIO-CD will enable you to hear a 5.1 DSD surround mix as well as a DSD stereo mix on the SACD layer, and the 16-bit PCM stereo program (including additional mixes with studio musicians) on the hybrid layer which guarantees downward compatibility.