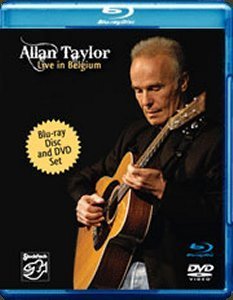 "It was Günter Pauler from Stockfisch Records who suggested that, as the concert was to be filmed, I should choose the songs that charted my career of a life on the road. This meant going back to some of the older songs I had not played for some time, but in the hour or so before the concert I found time to run through the texts, the melodies and the chords of these songs that illustrated my journey."

"There are times when you know that everything is working as it should; your hands feel strong and easy, your voice has the warmth of having been used in a few recent concerts, the sound system sounds great (after all, Günter is in control) and the ambience created by a really enthusiastic audience confirms the feeling that you know that this is going to be a great night. And so it was... the concert went well. I made a couple of mistakes with the lyrics - missed a verse, sang a wrong word - but you most probably will not notice, and even if you do the general all around good feeling of that night makes up for it."

"Normally when making a live CD or a film one records a few concerts and then edits together the best parts from them all. We only had one night so there was a lot of pressure to get it right, and I think we did." - Allan Taylor

[ Product availability: Currently not in Stock: available for order ]