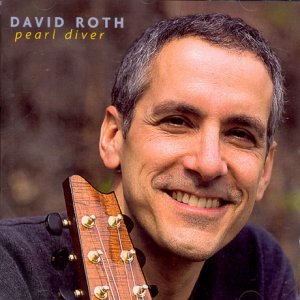 
The songs of David Roth stimulate all of the listener’s senses. His clear and soulful voice conveys so much emotion that it can be frightening, at first – such is the intensity that he projects. Every word is carefully formed and sounds absolutely unique. The stories he sings reveal themselves as reality. David Roth has not invented these stories, and why should he?

The songs of David Roth appear at first to be harmless, but every word counts: "John & Josie" describes an experience that makes it crystal clear that things are not always as they appear. "That Kind of Grace" is an exemplary portrayal of the all-pervading violence in today’s society. And then there are the very personal songs that allow the listener to discover almost forgotten memories, - brought to life through the imagery of the lyrics. David Roth is an observer – one with a keen and honest eye. He speaks to the listener’s intellect via the heart.

Producer Günter Pauler describes his first encounter with the singer-song writer: "I was amazed at the surety, with which David Roth turns such diverse themes as the career of a basketball player and the closing of a bakery into works of art. It would unfortunately be two years before our working schedules would coincide and this album could be recorded."

David Roth was born in Chicago and lives on Cape Cod – a domicile for musicians and artists, a slightly different America. He has already released 6 CDs in the US – for his Stockfisch debut, he made his way to the Stockfisch studio in Northeim, Germany and recorded 12 wonderful songs and one instrumental piece. An outstanding album – intelligent, poetic and very emotional.

[ Product availability: Out of stock available for order ]