Ewen Carruthers: When time turns around 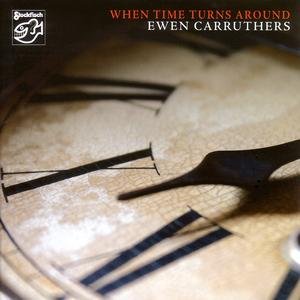 
There is a phrase used in English that has no exact equivalent in German. An artist may be called a "musicians’ musician", and by that be described as a musician, whose genius is admired by his colleagues in the highest degree; maybe his art has formed the style of a whole musical genre, but due to whatever reasons has never found mass appeal and popularity.

Ewen Carruthers is of this caliber. His new album "When Time Turns Around" is the latest release of the Stockfisch label. And this fine CD could and should relieve Carruthers from his status as being the all-time secret of the Inner Circle of folk music.

Ewen Carruthers´ folksongs are unbelievably condensed matter; they are diamonds reduced to their essential artistic content which have influenced many of his fellow musicians - among them Allan Taylor and Mike Silver.